For example, form “A” could be part of a diary deploying weekly, but also part of another diary configuration in the same study deploying daily. To tell the difference between which scenario Form “A” was collected, the eDiary Report can be very helpful.

It also allows for re-assigning existing records to other diary configurations.

Prerequisite: User must have access to the Study Configuration and the study using ePRO

The report is only available on the Mobile App and can be found in the Reports menu as shown below.

The resulting table can be exported to Excel or PDF via iCloud on iOS, or via Excel on Android.

To re-assign any existing records to other diaries, simply tap and choose which diary to re-assign the record to. 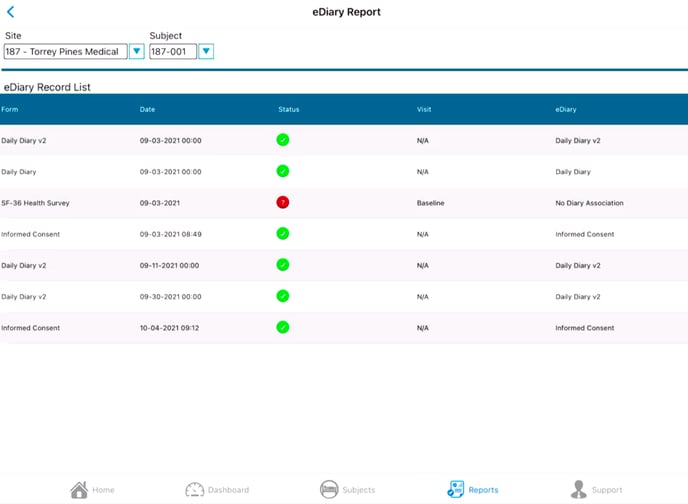