Setting Up Forms for Sequencing or Linking Relationships

Instructions for sequencing records of a given form for easy referencing or linked relationships to other records.

Some studies require Clinicians to relate specific records together. For example, a reported adverse event was caused by a separately reported concomitant medication.  This is helpful for project teams to know those two records are related to one another.

While TrialKit does not have a native function for linking records within a given Subject, other than the fact that they exist under a common subject ID, there are a couple simple ways to setup a form so Clinicians can indicate relationships to specific records. Those methods are covered here.

This is the easiest method. TrialKit already displays a system unique ID for each record within each subject's log forms, as shown below. Clinicians can reference that ID and enter it onto another record if the form has a place to enter it. All that's needed is a number field on any forms where they need to indicate a related record. Here's an example on a Adverse Event form.

The log tables under each subject contain an "ID" column. This is the system ID that users can reference to indicate on another form. In this example, the adverse event for "Rash" with record ID 159 is related to the "Azithromycin" medication with record ID 324. The Clinician entered 324 into the AE form to indicate that relationship. 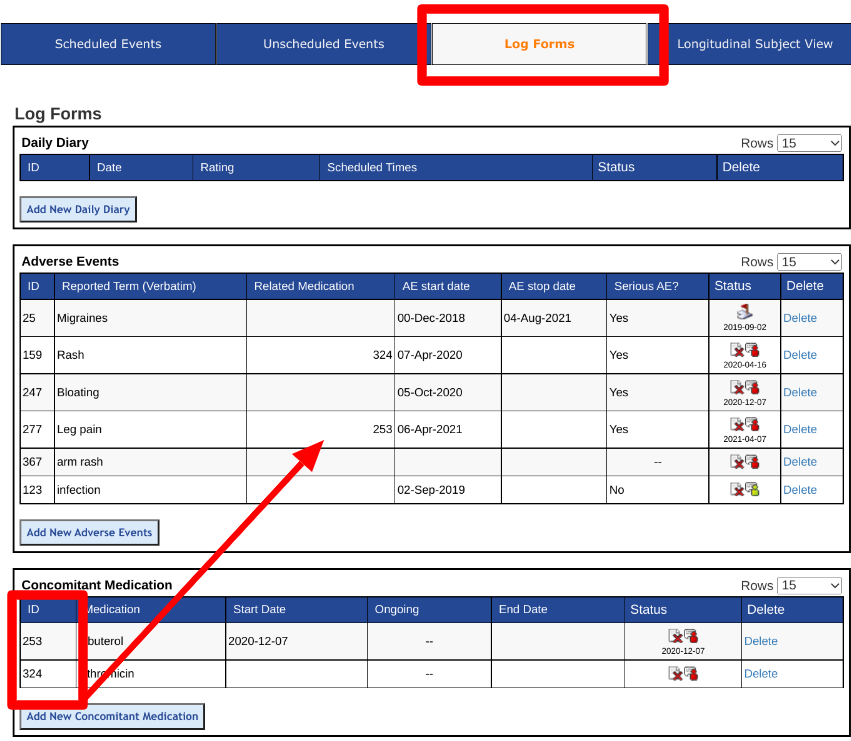 The above scenario is accomplished by having a number field on the form and showing it in the log as shown below. 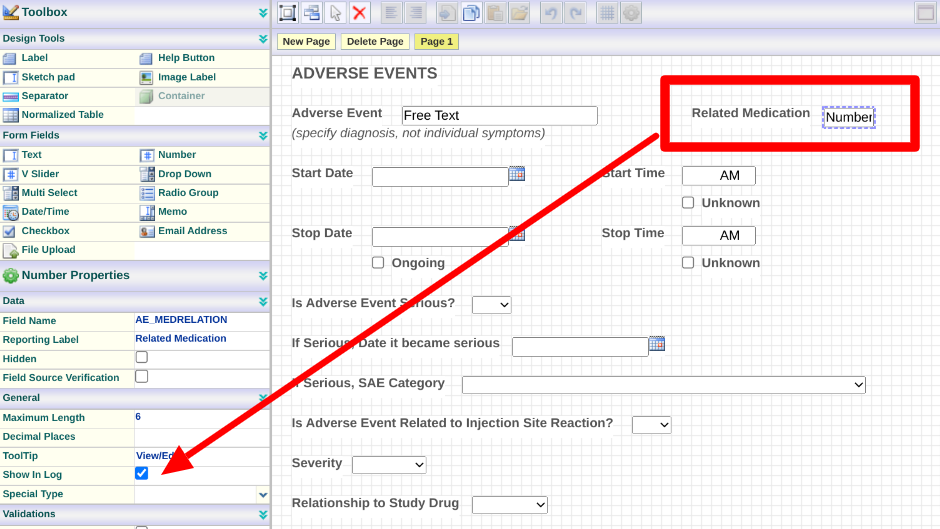 This method requires a little more setup in the form builder, but makes referencing records easier for the Clinician.

In the form builder, add a number field to any form that could potentially be referenced by another form. 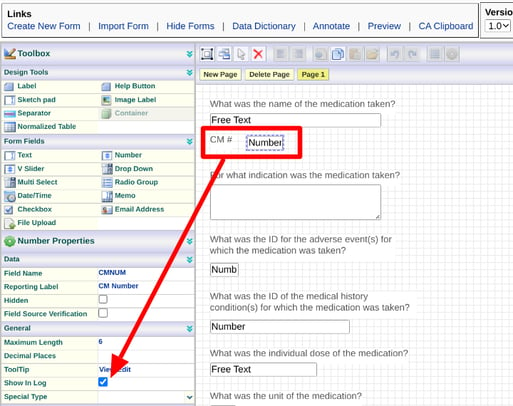 Now setup a compute conditional action similar to this one: 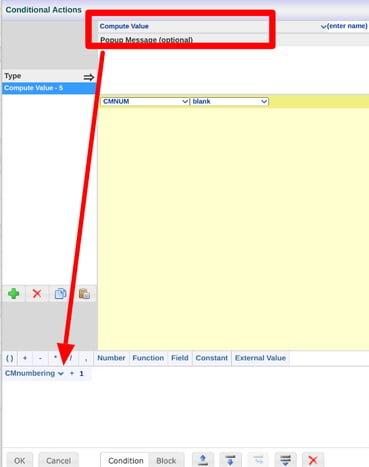 In the example above, "CMnumbering" is an external variable referencing the "Previous Entered Form". The computation will then add one with each new Concomitant Medication entered.

It is also advised to include an "IF BLANK" condition on the computed value (shown in the example above). This will make it so the compute only runs on new records entered and not recompute if a user goes back to resave an existing form out of order - potentially altering the sequenced value.

On the CM log, the User will have a sequential ID to reference and input into relevant AE forms. 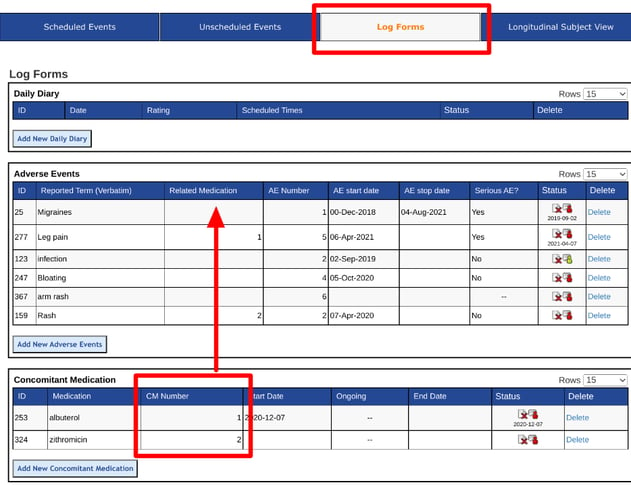 If implementing this behavior an a study where records already exist for that form, it will be necessary to re-run edit checks to get the system to back-compute existing records. This will flag those records for changes, which can then be addressed in batch from the action items report.

Here's an example of data entry on the Adverse Event form: